Both its long-lasting Cadmium telluride (CdTe) solar module manufacturing client delayed orders and repayments from its first Copper Indium Gallium Selenide (CIGS) making consumer based in China were interfered with due to the effect of COVID-19.

The solar provided laser systems for etching solar components within the scope of a significant order carried out in 2020, comprising the mass of earnings for the year. 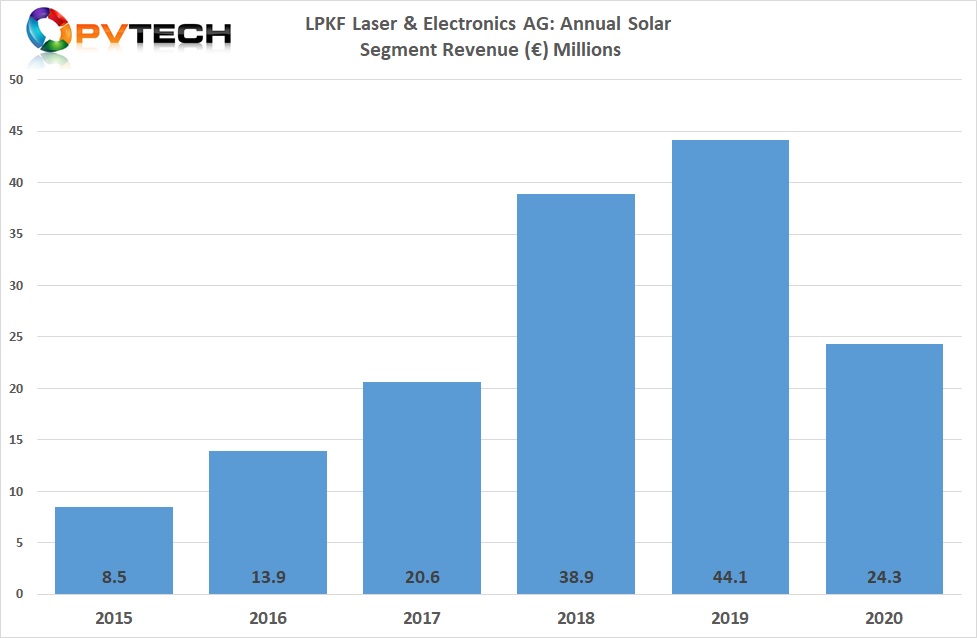 The company noted that its solar service had usually taken advantage of having the longest exposure in orders of any one of its business units, and also the firm had actually been expecting stronger orders and sales in 2020 than had actually happened.

The issue had actually been hold-ups and also various other interruptions with consumers' building schedules due to COVID-19 constraints. Secret orders were postponed consequently.

But LPKF did keep in mind that it was not until late in 2020 that it got among its largest solar orders from its CdTe customer and its very first order for laser equipment from its first CIGS client. This indicated that deposits expected in Q4 for orders were not received until the start of 2021, according to the company.

Yet, its solar segment order backlog was somewhat above the previous year's degree of EUR27.3 million.