The concentrated solar power (CSP) technology is less popular than solar PV so far. Anyway, solar thermal tech is being introduced into many new applications, including industrial processes. Read the article to learn more about the thermosolar sector and to know which CSP companies rank top.

The rapid worldwide industrialisation has caused the electricity demand to boost during the latest years. Combustion of fossil fuels adds to the global climate change. In order to address carbon footprint, a few incentive programs have been introduced in different countries to encourage the usage of cleaner energy. Solar energy has proven viable in a range of industries, ranging from small-scale to large-sized projects.

Concentrated Solar Power is rather new compared to other clean energy technologies. It is not as widespread as its closest rival – solar photovoltaic tech. One of the reasons why CSP was not widely recognized until recently is its relative expensiveness (kilowatt-peak implementation costs are higher than that of PV). Besides, most of the thermosolar power stations are utility-scale. Today, thermosolar is becoming adopted throughout the globe because the tech turns out to be highly efficient and cost effective.

There are a few types of solar thermal systems. In all of them, receivers capture the energy from the sun for producing steam and use it to power turbines. A CSP plant can be combined with an energy storage system, which allows generating electricity within peak demand periods after sunset.

There's one essential point that differs solar thermal from solar PV favorably – the heat produced at CSP plants is suitable for applications other than electricity production. About three fourth of the global energy consumption is the heat generated through combustion of fossil fuels. The concentrated solar thermal tech can replace a large part of it by clean heat obtained from sun. This would mitigate environmental impact significantly. Alas, there're not many examples of such applications so far.

In 2018, the global installed thermosolar capacity was projected to reach 20 gigawatts in the current year. At that time, the CSP market was assessed as $30.11bln. By 2026, it is expected to grow up to $62.87bln. The predicted compound annual growth rate is 8.1 percent.

Let's consider the top companies involved in the concentrated solar power sector and learn some info on the most prominent of them. The below CSP firm would be interesting for investors on stock market.

The green energy startup's goal is to eliminate the necessity of fossil fuels totally. In Nov, 2019, it introduced an innovative CSP tech, which is considered the key highlight of the sector. The new solution is financed by Bill Gates. The advanced system is expected to both help the firm earn a considerable revenue and to influence the CSP market positively in the following years.

The new tech consists of a tower with a receiver atop and an array of heliostats controlled by computers. The solution is both extremely accurate in terms of optics and cost-effective. The former allows generating the temperature exceeding 1,000°C, and the latter provides commercial viability for the users. This is possible due to the cutting-edge HW and SW.

Usually, thermosolar systems include thousand of mirrors, and it takes a lot of time and effort to calibrate them ideally so that they are directed at the right point. A traditional heliostat is commonly 20-150m2 big. Large heliostats are associated with an optical aberration when alignment of heliostats with the sun is not perfect. Even the slightest deviation results in a soft beam focus, which diminishes the heat generation. The area of the mirrors used in Heliogen's system is only about 1.5m2, which is even smaller compared to PV panels.  The use of small mirrors makes it possible to boost the optical accuracy of the system.

Earlier, it was too expensive to manufacture smaller heliostats and too difficult to calibrate and control them. However, Heliogen has optimized the manufacturing process, which has led to minimization of production costs. Besides, the new heliostats don't need such a precise installation as their counterparts. In order to calibrate and control the mirrors, a state-of-the-art vision-based closed loop control system has been created. The system detects and corrects a heliostat's orientation in real time.

There are 4 cameras mounted round the high-temp receiver at a distance sufficient to prevent the cams from melting by over-1,000°C temperature. The cams track the sun's halo instead of the very heavenly body. As soon as the halo's perfect reflection in each heliostat is detected, this shows that the sun is shining right into the receiver. The sun's position is followed by the cameras throughout the day and the heliostats get a signal for movement in case they are not perfectly aligned.

The heat provided for industrial application often has to reach an extremely high temperature – 700-1,500°C. Older solar thermal techs could provide the temps under 600°C, which prevented CSP from the use in industrial processes. The new tech with super accurate heliostats enable the system to achieve the temperature as high as needed. The technology can be used to calcine, reform, roast ore, etc. in a wide range of industries including cement production. This allows decarbonizing the eco-unfriendly industrial processes. The zero-carbon, high-temp heat generated by Heliogen's solution is called HelioHeat.

Another segment where HelioHeat can be effectively used is to produce a synthetic fuel by making a chemical fuel (like H, CH4, and hydrocarbon liquids) from nonfuel materials (H2O and CO2). HelioFuel is a climate-safe alternative to a fossil fuel, and is as convenient and beneficial as the former. The process of producing green fuels is energy-consuming, and the source of green energy is required for driving the thermo-chemical reaction. It is where the new tech can help by providing thermosolar energy to the reactor with an operating temp reaching 1,500°C. The company is pursuing the goal to allow clean HelioFuel to compete with fossil fuels.

The technology has attracted interest of such major investors like B.Gates, P.Soon-Shiong, S.Case, and Neotribe Ventures.

The company's tech was applied in the solar-thermal station, located in the Mojave Desert (California), which was considered the biggest around the globe for the time being. The 377-megawatt facility was put into operation seven years ago. The power output of the plant is sufficient for 140 thousand Californian households in peak demand periods. The project was  backed by the government of the United States and got a 300mln USD investment from the biggest U.S.'s clean energy utility company – NRG Energy, Inc.

Besides the Ivanpah, BrightSource's major projects include the Chinese 135-megawatt solar thermal facility with ESS and the Israeli 121-megawatt station.

The Spain-based firm cannot be called a start-up, because it started R&D of CSP tech nearly 40 years ago. It is a designer, manufacturer, and marketer of components for solar solutions, applied at both their own and other companies' stations. The company is among the most famous CSP equipment makers worldwide as well as a recognized large-scale solar project developer in its native country and the United States.

Most of Abengoa's solar thermal facilities are of either Spanish or South African location. It also owns a Chilean and a UAE-based stations. As of 2018, the aggregate capacity of the company's Spanish solar thermal systems constituted 492megawatts.

In Nov, 2019, the company reported that it advanced considerably in the 50-megawatt Luneg Haixi concentrated solar power station. The aim of the project is to increase the total installed CSP capacity of the country up to 27gigawatts within a decade.

The biggest clean tech corporation globally is a newbie in the CSP sector. It had experience in the design and development of solar boilers and steam turbines for solar thermal stations earlier. Recently, the tech giant became a designer and developer of other components for concentrated solar facilities. These include linear Fresnel, power tower, parabolic trough, and hybrid systems.

Siemens' first steps in entering the market included the acquisition of Solel Energy – the Israel-based thermosolar firm, and expanding in India where CSP was recognized as important as PV by the Jawaharlal Nehru National Solar Mission.

The Spain-based firm operates globally and has a multi-decade track record, having one of the longest experiences in the CSP sector. It is involved in green energy and sustainable infrastructures. The clean energy sectors it is focused on are CSP, PV, wind, biomass, and hydro power.

The total capacity installed (as of 2018) constituted almost 9GW. The company has its proprietary tech for designing, constructing, operating and maintaining concentrated solar power stations. At that time, 314megawatts of power were operated at 6 CSP facilities, one of which is located in the United States and the rest are Spanish.

In 1980s, the firm constructed one of the biggest concentrated solar power stations in the United States – Nevada Solar One.

The United States' firm develops utility-sized solar plants globally, focused on both CSP and photovoltaic systems. In 2018, its installed capacity exceeded 482megawatts, and 13gigawatts more were under development. More than a hundred patents related to solar thermal tech are held by SR.

The firm constructed the thermosolar stations in AZ and CA. As well, a few solar plants were built throughout the United States in conjunction with GCL – China's major solar wafer manufacturer.

SR's American, Chilean and South African thermosolar stations range in capacity 100-200 megawatts. Molten salts are used in its tech for storing the energy, so green power is provided even after sunset.

The leader in micro-scale CSP tech operates in Italy and other European countries. The firm is a designer and developer of micro-scale thermosolar systems for cooling and heating applications. Heat constitutes 70 percent of industrial power consumption in European countries. The greatest part of this industrial heat is under 482°F, which makes the solar thermal tech perfect for this purpose, because it provides free, reliable and green heat from solar energy.

Such solutions are called integrated solar combined cycle power plants. A concentrated solar power station generates steam that can be used by a combustion turbine or coal-fired power station to make the system more efficient.

The Spanish firm established in 2007 is focused on designing, developing and implementing of thermosolar projects.

The company states that it has been a pioneer in using salts for storage of heat energy at its Spain-based project with a capacity of 17megawatts. The Gemasolar station comprises 2,650 heliostats and occupies a 195ha area. The ESS can provide autonomous power production during fifteen hours with no light from the sun.

The Germany's firm is among the largest CSP companies. It has built the thermosolar stations in the United States, India, European and African countries. A few CA-based solar thermal plants were constructed through its joint venture with Ferrostaal Group. The Spanish Andasol projects were developed by SM. Back in 2009, it developed a few Indian solar plants jointly with Suryachakra Power Venture Pvt Ltd. The firm provides turn-key solutions from tech and design to engineering, procurement and construction of parabolic trough systems. 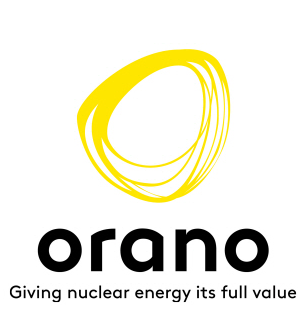 The corporation is the largest nuclear equipment manufacturer worldwide. Its other business activities include biomass energy.

Nine years ago, the firm was among the most attractive solar startups in the United States. Its proprietary thermosolar tech uses flat small mirrors for tracking the sun very precisely and reflecting its heat to the receiver on top of the tower and boiling water. The created steam is used to drive turbines and generators for producing electric power. The company has constructed the solar thermal stations in the United States, China and Greece.