SolarPower Europe pushes 45% target, claims would include an extra 210GW of solar by 2030

The trade body stated the EU's previous target of 40% renewables by 2030 was "not enough to set the EU on an affordable trajectory to supply 55% greenhouse gas emission decreases as well as climate nonpartisanship by 2050" and has actually put forward 7 suggestions to enhance the suggested revision of the EU's Renewable Energy Directive (REDIII).

The initial of these was the rise in the profession bloc's 2030 renewables target. SolarPower Europe's market forecasts revealed that under a 45% target, 870GW of solar would certainly be installed in the EU by 2030, compared to 660GW under a 40% target. However, its forecasts often tend to be extra hopeful that REDIII predictions.

It stated that "raising the EU's renewable energy ambition is possible as well as will protect energy consumers from high energy costs, underpin the development of a residential solar production industry and create over one million solar jobs in 2030".

"The Fit for 55 bundle, and also the testimonial of the Renewable Energy Directive in particular, will certainly be crucial to fully unlock the EU's solar possibility," said SolarPower Europe CEO Walburga Hemetsberger.

The trade body had actually been requiring the greater target in the run up to the EU raising its renewable energy goal from 32% to 40% in July of this year, but it said that COP26 in Glasgow, Scotland, had yet once more underscored the requirement for even more ambitious targets.

Various other recommendations include helping with rooftop PV release, which SolarPower Europe stated was being hamstringed muscle by slow-moving permitting regimens and inadequate execution approaches, improving the framework for mid-sized commercial and also industrial (C&I) and also roof solar to make certain motivations as well as get rid of obstacles to deployment and also improving company procurement of renewables. All three referrals come under article 15 within REDIII.

"The position paper underlines the demand to increase the potential of roof PV and also boost exclusive procurement of renewables for SMEs," stated SolarPower Europe. 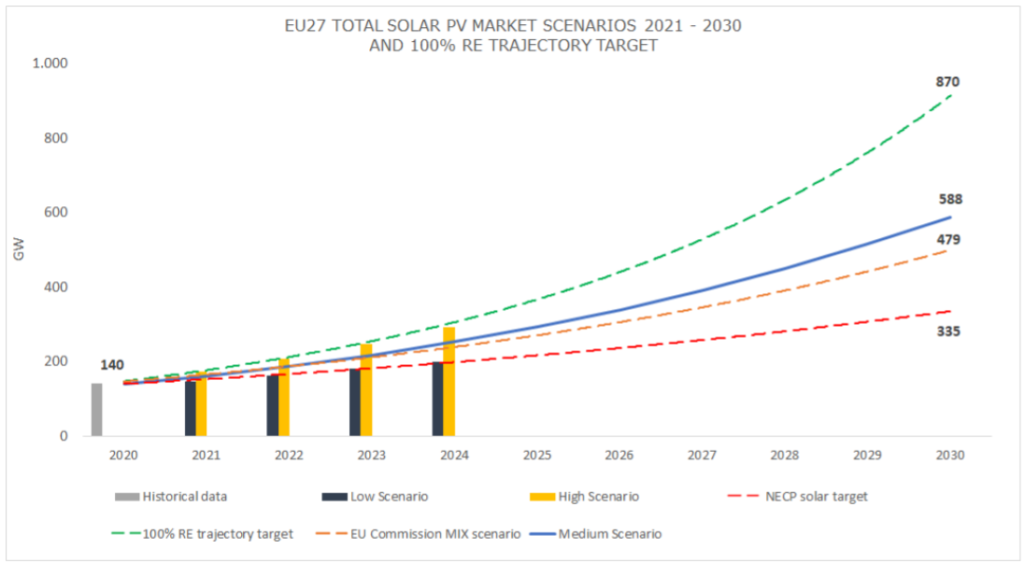 Last month, European leaders contacted the European Investment Bank (EIB) to explore how to quicken investments in the power change to minimize the risk of future energy cost crises. The European Commission (EC) has actually launched a "toolbox" to deal with the short-term influence of cost rises and also strengthen resilience against future shocks.