By definition, a load bank is an electric device which acts as load to a power system for testing purposes. Load bank is set of different components i.e. a load (resistance, inductive or capacitive); control panel, protection system and a container build by desired ingress protection (IP) levels depending upon the areas where its going to be used. This device uses power from power system and dissipates in the form of heat which dispersed via cooling fans or cooling water tubing system. In many cases, load banks are permanently installed at site to absorb additional power when there is no need of electric supply from power grid. In market, load banks are available in the range of 100 kW to 6000 kW, however custom made may also be ordered as and when desired from end users.

Large wind turbines and solar systems replacing old conventional steam turbines, which were less efficient and harmful at the same time for producing Carbon dioxides and nitrogen dioxides. Renewable energy sources produce clean energy also called green energy with less cost as compared to other resources. Due to far away erection and commissioning of solar and wind systems from load centres, it’s vital to test the system before connecting to power grids. For testing purposes, load banks play a pivotal role in fulfilling all desired criteria for commissioning engineers. These are portable and can easily moveable anywhere in remote areas.

There is a need to perform different tests on power systems and for testing purpose, load banks are used as alternate load due to its flexibility in usage during commissioning especially for power system synchronization, voltage regulations, load sharing when multiple power sources running in parallel, identification of hot spots in cable joints, insulators and bus bars. This device revolutionized the commissioning process because it was near to impossible to connect such newly installed solar / wind power systems without tests with real load. Voltage fluctuations and frequency instability may cause damage to the sensitive devices and cause un-repairable damage to life and property. For testing of generators and switchgears, load banks can also be used. In case of switchgear, different levels of voltage, frequency and current are used to check its tripping capability during actual operations and this device fits the purpose. 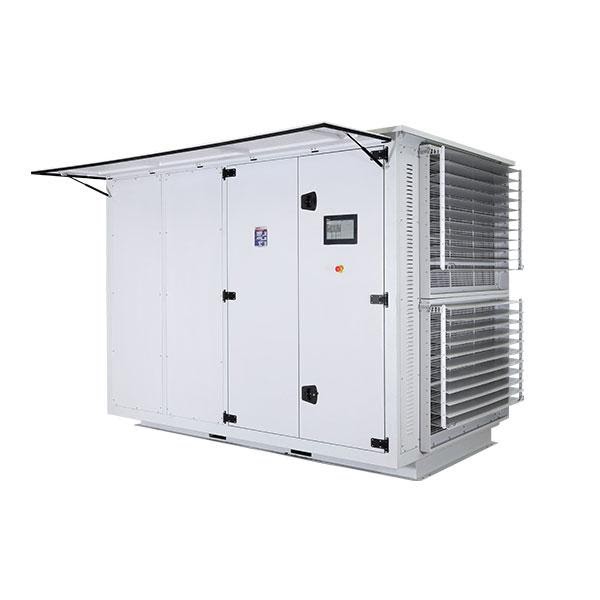 Load rejection is a major phenomenon in power system especially whenever the power source is connected to a national / local grid. During operation, many instances occurred when the grid is completely disconnected from its load i.e. in case of transmission line conductor is broken and earthed. In this scenario, the conventional turbine (gas and steam) trip and desynchronize from grid. But in solar and wind power system case, the solar panels and wind turbines keep producing electricity. Now, where to supply the power generation when the grid in disconnected from the load. Its time to introduce load banks to be used as alternate load to dissipate the power and keep the circuit alive.

There are three types of power loads i.e. resistive, inductive and capacitive. Inductive load is much higher as compared to remaining two. Almost 90% percent industrial load is inductive in which motors, drives etc. are dominating. Inductive load includes any device having iron cored coil in it i.e. refrigerator, AC, microwave oven etc. However, resistive-reactive load banks are mostly used for power system testing purposes because this device reflects the ideal load and perform in actual conditions. In a single load bank all three loads may be installed and used as per requirements of tests to behave and produce results in real time.

Safety is a major concern rather an obligation during project execution irrespective of power plant size and production. In many cases across the globe, incidents happened just because of using low quality products to save little money. The price of same rating load bank may vary from company to company and the reason behind this price fluctuation will be the quality of instruments / material being used in it. For example in case of resistive load, copper or iron wire / strip may be used but its evident that the copper is more heat resistant and absorbs more heat as compared to iron. In case, iron wire is used in large load banks, there will be a high chance to catch fire in comparison to load bank which uses copper wire. For tripping purposes, vacuum / SF6 circuit breakers performance is much better as compared to oil and air circuit breakers.

Therefore, load banks make it possible to give a platform in providing real time replica where the engineers can test the power systems especially solar and wind before connecting it to local / national grid.