The solar Leaf is a project that was developed in collaboration with Strategic Science Consult of Germany (SSC), Colt International, and Arup in 2013. The unveiling of Solar Leaf took place at International Building Exhibition in Hamburg, Germany. As the name suggests, Solar Leaf took inspiration from the leaves of trees and algae. Both of these things are capable of carrying out the process of photosynthesis. Solar Leaf is the world's first façade that produces renewable energy from algae biomass and solar thermal heat.

The heat generated by the façade and Biomass is transported to the complex's energy management system using a closed-looped system. The energy management system extract heat stored in a photobioreactor (PBRs) utilizing a heat exchanger and harvests the Biomass through floatation. The closed-loop system enables heat extracted from the PBRs to heat the building or provide a hot water supply.

Biomass has many advantages, the main one being its ability to generate both heat and power. The Biomass can also be stored without any energy loss. Using flat-panel photobioreactors to produce Biomass has many advantages as well. It eliminates the need for additional land, and the weather has a negligible effect on the Photobioreactor's performance. The flat-panel PBRs also act as a source for insulation and noise reduction.

Biomass usage has many positive effects on the environment. The carbon source required to feed the algae can be any nearby combustion process such as cars, boilers, etc. Thus Biomass ensures a short carbon cycle and prevents the carbon from entering the atmosphere.

The microalgae's ability to absorb daylight is also used in them, acting as a dynamic shading device for parking areas. One of the factors on which the density of algae depends is sunlight. Greater is the sunlight; more will be the density of algae, thus providing more shade.

To understand the working of Solar Leaf, we need to understand the construction of Photobioreactors used in Solar Leaf. The PBRs have four inner layers. The two inner sides of pannes have a specific capacity to incorporate the algae-growing façade. The outer sides are filled with an insulating medium, Argon, to reduce heat and energy lost to the surroundings.

To stimulate the algae to absorb CO2 and light, compressed air is introduced to the bottom of PBRs. At the same time, a mixture of compressed air, water, and small plastic scrubbers wash the inner surface of panels

Unlike other solar conversion systems, the working of Solar Leaf is not abstract. The façade absorbs carbon and changes its color to green.

The first full-scale pilot project of Solar Leaf was installed at the BIQ house, IBA. One hundred twenty-nine bioreactors were installed on the south-west and south-east faces of the four-story residential buildings. The dimensions of individual bioreactors were 2.5m x 0.7m.

The characteristics of Solar Leaf for Munich, Germany, are

Assuming 50 percent loss due to orientation, exposure, and reflection. 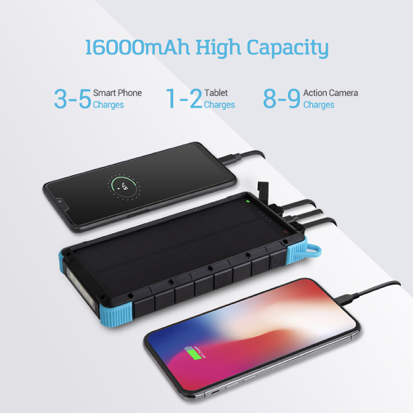 The maximum temperature extracted from the bio reactors without affecting the microalgae is 40 degrees Celsius. The 48% efficiency of Solar Leaf Bioreactors consists of 38% from light to heat and 10% efficiency of light to Biomass.

Solar Leaf is beneficial for both the environment and the economy. The façade used in bioreactors creates synergies by linking different systems of the building. The building's heat and energy distribution, its water supply, and the combustion process taking place inside the building or in the surroundings. The implementation of this technology would be beneficial for both the end-user and the environment.