The development of modern-day devices that allow us to trap solar energy and convert it into usable electrical energy was not an easy task. Numerous efforts and failures were contributed by different scientists that have led the world to use solar energy today. Theories, materials and mechanisms were introduced and improved through the process of trial and error, during which scientists were granted awards and patents for their efforts. 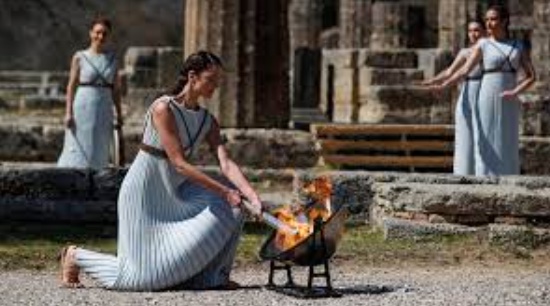 The modern idea of solar energy has been limited to the production of electrical energy through the use of solar cells or solar concentrators. However, by its scientific definition, solar energy relates to the energy or work that is generated through the sun’s light or heat.

According to this definition, the creation- or more appropriately the use of solar energy began in 7 BC. Humans at that time discovered that by using a shard of glass in the sunlight on wood, heat or fire can be generated. Although, now it seems like an irrelevant and a minor discovery, this small incident plays a huge role in science and, as well as human history, as it enabled ancient humans to produce heat and opened up a new field of science.  While some scientists are of the view that solar energy was discovered even beyond 7 BC, these scientists believe that solar energy existed ever since the creation of life on earth, as it was through the sun’s energy and light that sustained life.

Later, in the following centuries, this concept of generating heat from solar- or the mirror technology, was polished and used by Ancient Greeks and Romans. The Greeks and Romans who are known for their marvelous ceremonies used the mirror technology to light up torches that signify the commencement of an event. This method of generating heat energy through solar energy slowly started to spread.

This concept is still used today for certain ceremonies, such as the Olympics inauguration. To light the torch, a convex lens is used, this lens is round in shape therefore it makes the reflected sunrays converge at a single point. When an inflammable item, such as a cloth is placed at that very point, all rays hit the item and a large amount of heat energy is generated- this causes the item to burn.

When civilization started to occur, the sun started to hold more importance as it was a source of heat and energy during the day, it was important to incorporate it into everyday life. For this reason, certain ancient yet intelligent civilizations were discovered to have a sun room - a place in a building that has access to a large amount of solar light to provide heat to the building.

Nowadays, as part of science experiments in school, young children try to burn a piece of paper by using the refracted sunrays through a magnifying glass.

The very first discovery of solar energy is credited to Edmond Becquerel. Edmond Becquerel was a French scientist born in 1820. Becquerel had interests in many fields of physics which included optics, light spectrums and electromagnetism. Edmond was only 19 years of age when he discovered the photovoltaic effect, for which he is renowned for. After this discovery he was appointed as a professor, at the Agronomic Institute.

Becquerel discovered the presence of electrical energy due to exposure to sunlight in the year 1839- this effect was then termed as the photovoltaic effect. Solar panels are called Photovoltaic or PV cells because the mechanism used by those panels is the photovoltaic effect. Becquerel was actually conducting an electrical experiment, particularly an electrolysis experiment that consists of electrodes (conducting metal bars) submerged in a liquid called electrolyte, Becquerel noticed that under the presence of sunlight, the metal electrodes became charged and a flow of electrons occurred. This experiment marked the beginning of a whole new field of science and energy generation. 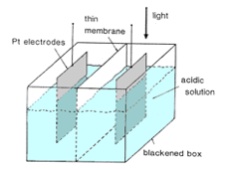 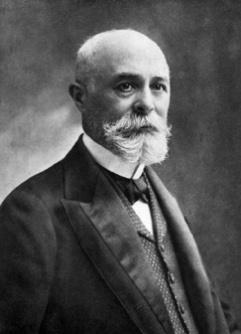 However, Edmond Becquerel has discovered the theory or the effect that is used in solar energy creation, Becquerel was not the first scientist to actually develop a solar cell. It was, in fact, Charles Fritts who created the very first solar cell in 1883 almost 45 years after the discovery of the photovoltaic effect. Fritts was also conducting a different experiment during which he created the world’s first solar cell; this cell, unlike the silicon cells of today, was selenium coated with gold. Although this was a magnificent attempt, unfortunately, the cell had an incredibly low-efficiency rate of 1-2%. The low output rate was unattractive and because of this, the product had little to no opportunity for practical applications.

His contribution to solar energy may seem minor as his panels had very little efficiency, but Fritts was the very first person to actually develop a functioning solar cell in 1883 and then have a rooftop solar panel installed for the first time in 1885. 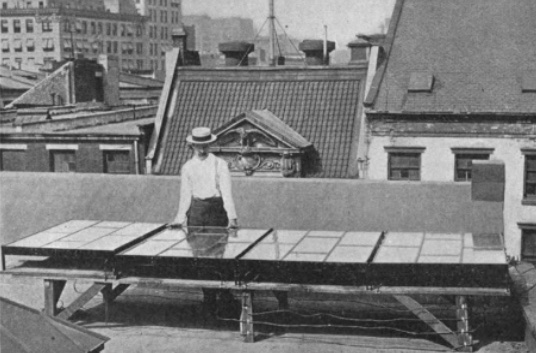 In the year 1905, Albert Einstein came up with a paper that explained the photoelectric effect, which is essential concept for the production of solar cells. In his paper Einstein explained how electrons can be knocked out of their shells when light rays strike the surface of a metallic material.

This theory was a very important stepping stone in the field of solar energy because it opened the doors of further research that will be mentioned later.

The discovery of silicon solar cells

Researches and experimentation continued to improve the efficiency of the solar cell. It was, however nearly 70 years later that a significant development was made. Russel Ohl, who was one of the scientist and researchers that worked in the Bell Laboratories discovered that a semiconductor, silicon, was a better replacement for the selenium component because it offered a higher efficiency rate. Although, Ohl’s silicon cell was more effective than Fritts, it still was not sufficient enough.  Therefore, since this discovery, solar cells were manufactured with silicon instead, this was also beneficial in the sense that silicon is a widely abundant product. 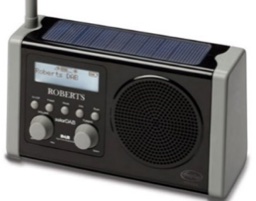 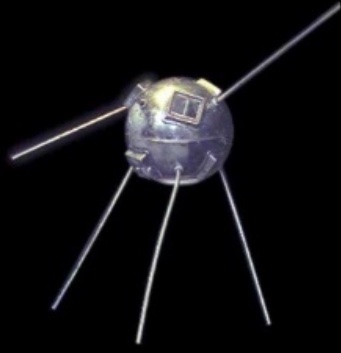 It was during this era that the scientists in Bell Laboratories found how solar energy is actually converted into electrical energy. Ohl observed that it was through the p-n junction and the ejection of electrons at the strike of light is what creates the energy generation. This theory was further strengthened by Fuller, Chapin and Pearson, who were also attempting to generate electricity through solar, they noticed that a slightly higher amount of electricity was being generated after the creation of a p-n junction in silicon. This further confirmed that the selenium mechanism was inadequate and addition research on the element would be unproductive, and through its replacement with silicon, the three scientists were able to raise the efficiency of the cell to 6%. 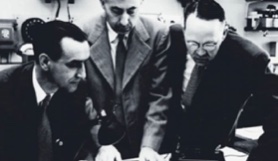 The trio’s efforts were highly praised by scientists all over the world, but further work was still yet to be done. With the help of Eugene Ralph, the very first application was set into motion, Vanguard I was launched in 1958. This satellite employed large solar cells to power itself. However, other applications of solar cells were still unclear, Ralph then suggested to install small powered solar cells in radios. Later on, slowly the solar market started broadening its applications which was met with its demand as well. People were beyond excited for the solar cells, New York Times in their magazine stated

“…the beginning of a new era, leading eventually to the realization of one of mankind’s most cherished dreams — the harnessing of the almost limitless energy of the sun for the uses of civilization.”

Even a century after its invention, the studies and experimentations on solar power do not seem to be coming to a stop. Scientists are determined to receive the maximum benefits from this limitless source of energy, but the production and thus the price of these solar cells were still quite expensive. Which explains why solar energy products were not popular among citizens in the commercial market.

The intense battle for oil in the United States is what started the demand for solar energy at the household level. Oil was so scarce that the government wanted to reserve it for industrial use despite the large demand for household use. To do this, the government encouraged private generation of energy through the use of solar panels to lessen the energy burden. Since solar panels were still expensive in those times (despite the price drop due to increased efficiency), incentives were given to those who bought solar panels and used them for energy generation. Bills were passed to regulate and encourage solar energy usage, governments and solar agencies negotiated on a lower price of solar cells as well.

With the help of the Exxon Corporation’s funds and the American scientist Dr. Elliot Berman’s hard work, great developments were made in the 1970s, cell efficiencies were raised and consequently, the cost of panels dropped.

Therefore, the 1970s marked a very important turning point in the solar energy market because in this decade solar panels started to rise in demand. Whether that be because of its attractiveness or low cost or because it was an easier replacement for fossil fuel energy, solar panels had penetrated the market and had started gaining steady attention as an energy source.